Along the Royal Road: from Kol to Phnom Rung, Ancient Angkorian Settlements Compared

Save for Later
SIMILAR BOOKS Show All
Jeldres, Julio A. & Somkid Chaijitvanit

Royal Palace of Phnom Penh and Cambodian Royal Life, The 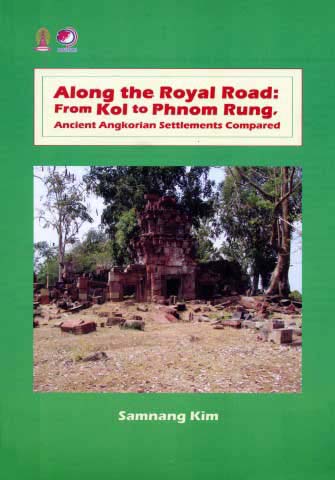 Along the Royal Road: from Kol to Phnom Rung, Ancient Angkorian Settlements Compared

As a result of the emergence of the Angkorian Empire from the 9th to 13th Century AD, there were many ancient agglomerate areas established over the huge territory under the influence of the Angkor imperial power. The Kol and Phnom Rung areas have been identified as crucial ancient agglomerate areas along the royal road from Yashodharapura (the Angkor center) to the provincial town of Vimayapura (Phimai in todayâ€™s Northease Thailand). Using new techniques in mapping, Samnag Kim has analyzed these two areas and drawn some interesting comparisons, showing that these two ancient sites were noticeably developed as crowded and large agglomerate areas influenced by a similar program of urbanization from the Angkor court