Among Insurgents: Walking Through Burma

Save for Later
SIMILAR BOOKS Show All
Ogburn, Charlton

Burma and the Karens

She Was A Queen 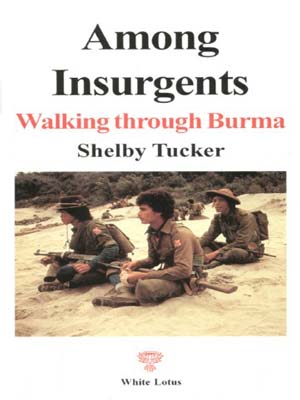 Among Insurgents: Walking Through Burma

This book describes a remarkable and perilous journey into a terra incognita. Shelby Tucker entered the Shan State of Burma through a border area of China closed to foreigners, crossed the Hills and left Burma via an area of India closed to foreigners. He was detained by communist rebels, handed over to Kachin rebels and arrested by the Indian army. But Among Insurgents is more than an extraordinary adventure story. It describes the Kachins, the most important of Burma’s “hidden colonies”, of whom very little has been written, offers a brief and readable analysis of the Burmese civil war, including its ethnic and religious dimensions, and examines the symbiotic relationship between the civil war and the international drugs trade. Shelby Tucker interviewed poppy farmers and leaders on both sides of the narcotics divide, and his report to the US National Security Council may have contributed to Washington’s changed perception of the Burma Army as the main player in the trade. This book is a necessary supplement to Bertil Lintner’s Land of Jade, first published in 1990.