Save for Later
SIMILAR BOOKS Show All
Burma Gazetteer

Political Legacy of Aung San, The

Wild Sports of Burma and Assam 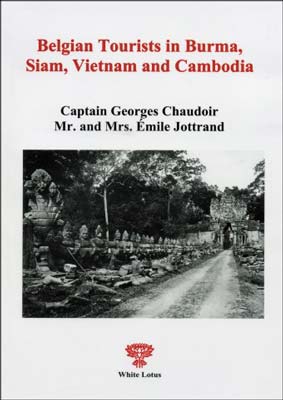 This first English translation presents two travelogues of Belgian travelers around the turn of the twentieth century. First there is part of a world tour by Georges ‘Puck’ Chaudoir that covers an overland journey through the Nagaland Hills in present-day India, Burma and Siam to Bangkok in Thailand. Chaudoir was a former military man and in his world outlook and observations a tourist avant-la-lettre. He organized his own caravans, and struggled through areas mostly untraveled by Europeans in 1897. His photographs include both purchased professional work and his own action shots. In the second part, this book presents the vacation recollections of Émile Jottrand and his wife. Jottrand was at work in Siam as a legal adviser. On vacation in October 1900 he traveled to Saigon, Mytho, Phnom Penh and a few backwaters of the budding French Indochina colony. His main purpose was to visit Angkor Wat and Angkor Thom in the Siamese territory of Siem Reap and Battambang. Small sampans and ox carts could then only reach it. He reported from these small towns, which Siam would later see returned to Cambodia, and discussed French intrigues on the Siamese border. Nothing escaped his sharp observations and his liberal opinions clash violently with the idea of a colony as a workable vehicle for development. In Angkor Wat, then only visited by a hundred people or so each year, his descriptions and photographs of a temple complex in rubble and in the grips of vegetation, as well as the looting going on there, offer original insights.