Boys in Black, The

Pictorial Record of Police who died during Communist, Insurgency in the 70's

Disorder in Order: The Army-State in Burma Since 1962, The 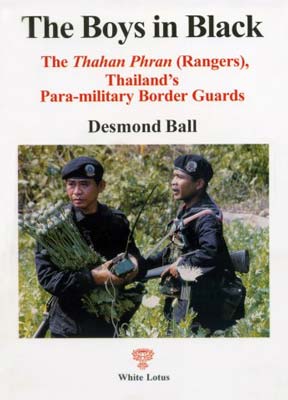 Boys in Black, The

This is a study of the Rangers, a volunteer organization founded by the Royal Thai Army in 1978 to combat communist insurgency. They have since become responsible for first-line defense of Thailand’s border: fighting intruding armed forces, such as the ethnic insurgent armies and the drug trafficking groups in the Thai-Burma borderlands; guarding refugee camps; maintaining peace and security in troubled areas. They are widely known for their involvement in extraneous politically motivated and violent activities. This book is about life and security in Thailand’s borderlands from a Ranger perspective. It is both a critique of an important element of Thailand’s border defense regime and an introduction to the complex political geography and human security issues in the borderlands.
USD 27.50