Economic Development of Burma: A Vision and A Strategy

Native Tourist: A Holiday Pilgrimage in Myanmar, The

Siege, A Story from Kohima, The 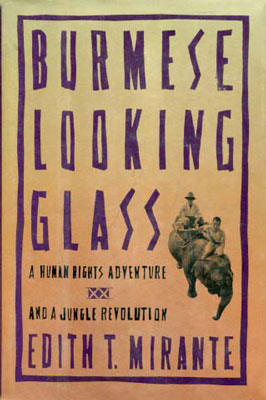 Mirante, who has been called "one of the great adventurers of our time," first crossed illegally from Thailand into Burma in 1983. There she discovered the hidden conflict that has despoiled the country since the close of World War II. She met commandos and refuÂ¬gees and became a "connoisseur of corrupÂ¬tion," learning firsthand the machinations of Golden Triangle narcotics trafficking. Horrified by the damage wrought on the rain forest and its inhabitants, she lobbied successfully against U.S. government donation of Agent Orange chemicals to the dictatorship. Mirante was the first Westerner to march with the rebels from fabled Three Pagodas Pass to the Andaman Sea; she taught karate to women soldiers, was ritually tattooed by a Shan "spirit doctor," and was deported from Thailand in 1988.