USD 18.00
Office of the Collector of Customs, Burma

Schedules to Open General Licences Issued by the Ministry of Commerce and A Guide to Open-General-Licence Notices Issued and Published under the Authority of the Collector of Customs, 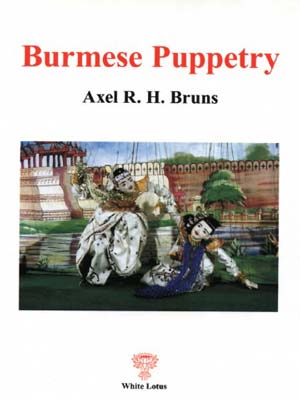 This work is an expanded version of the author’s PhD thesis. As a long-term resident of Rangoon he has close contacts with the craftsmen who make these beautiful marionettes, the puppeteers who perform with them and their modern brothers on stage as well as the audiences who watch the shows.      This comprehensive work describes Burmese puppetry’s glorious past as well as its more recent practice. Once the most dramatic art form, sponsored by the kings, it nearly fell into oblivion in the 20th century due to competition from rival performing arts. In addition to vivid descriptions of traditional characters and themes of Burmese puppetry, the author draws parallels to related arts in neighbouring countries such as China, Indonesia, and Thailand. He also covers the impact of tourism and its influence on the revival of the marionette theater. The craftsmanship involved in producing puppets is covered in detail making it thus of special value for museum curators and collectors of Burmese puppets. Photographs, line drawings, a detailed glossary, and references complete the text.