Save for Later
SIMILAR BOOKS Show All
Adam, Keith

Narrative of a Residence in Siam

Structure of the Textile Industry and Government Policy in Thailand 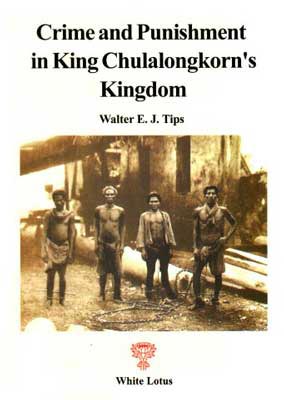 The Special Commission for the Reorganisation of the Provincial Courts in Ayuthia (1896-1897)
The book tells the story of the Ayuthia Special Commission for the Reorganization of the Provincial Courts in the words of Siam’s first Legal Adviser, Robert J. Kirkpatrick. After a temporary consolidation in foreign affairs had dealt with external threats, Siam was pushed on the road to internal reforms starting with the outdated court system. The Ayuthia Commission, starting work in September 1896, was the first of its kind to evaluate the courts upcountry and to judge hundreds of court cases that had been awaiting trial, sometimes for years. From tax evasion on boats and illegal distilleries, through thefts of cattle and property to abduction, rape, violent assaults and even murder, the commissioners heard witnesses and meted out justice. Justice was done too to those officials found taking bribes from prisoners wishing to escape from their chains, or torturing the accused, sometimes until death followed. The journal of the Commission’s activities reads like a kaleidoscope held up against the light of western principles of justice, reflecting the multicolored facets of Siamese society on the eve of modern times.