Save for Later
SIMILAR BOOKS Show All
Verneuil, M. P.

Textiles of the Hill Tribes of Burma 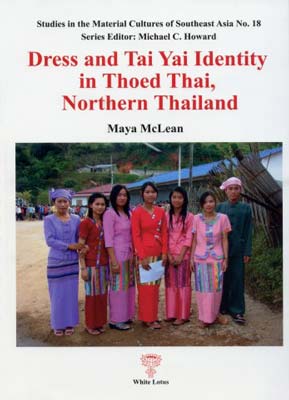 Dress and Tai Yai Identity in Thoed Thai, Northern Thailand examines the changing identity of the Tai Yai people of Thoed Thai who migrated to northern Thailand from Burma as seen through dress as a symbol of their ethnic identity. It examines the influence of drug warlord Khun Sa, the subsequent role of the Thai state, and finally the process of cultural revival that began in 2002. The study provides a survey of the different types of textiles produced and worn in the community and of those who make them. Two hundred and twenty-eight color photographs accompany the text.