French Wolf and the Siamese Lamb, The

Save for Later
SIMILAR BOOKS Show All
Bowers, Jeffrey 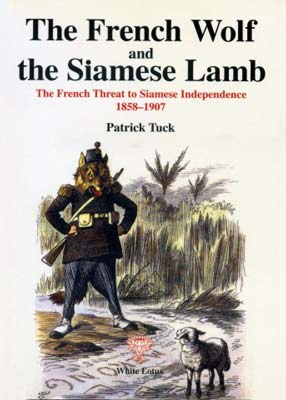 French Wolf and the Siamese Lamb, The

This book explains how narrowly Siam survived the French menace to her independence during the period of the European scramble for colonies. For half a century after arriving in Cochinchina in 1858, the French encroached on Siamese territory and interests in a variety of ways. By the 1890s, French colonialists, so influential in promoting French annexations in Africa and the Pacific, wanted to acquire the whole of Siam in order to create a “Greater Indochina” in imitation of British India. The integrity, the stability, and the very existence of the Siamese state were at stake. This study, based on a wide range of newly available French records, examines the changing aims and methods of French expansion. The author explains how French ambitions came to be frustrated by British diplomatic action. But he argues that the Siamese played an indispensable role in shaping the conditions that made British intervention effective.