Save for Later
SIMILAR BOOKS Show All
Collins, G.E.P

Twin Flower: A Story of Bali 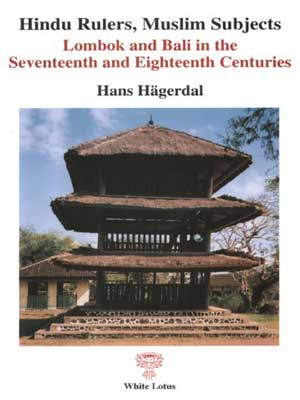 Lombok and Bali in the Seventeenth and Eighteenth Centuries

This research volume discusses a fascinating historical episode, the establishing of Balinese Hindu rule over the predominantly Muslim population of Lombok, concentrating on the years 1700-1748. Materials covering this period are re-examined and further interesting information provided as to what happened at the time, seen in a regional context, including ethnic and religious relationships, besides the cultural basis for legitimacy of leadership. The broader aspect of how a Hindu minority was able to rule a Muslim majority is of special interest, also in respect to its outcome. Deteriorating ethnic relationships in one part of the island led to a rebellion in 1891, thus paving the way for Dutch colonial conquest in 1894: the disruption caused by the arrival of the Dutch East Indian Company in an area in the late 1600s having played a role in setting the stage for the events here described. Another example of Hindu rulers governing a mainly Muslim population can be found in Kashmir.
USD 24.50