Save for Later
SIMILAR BOOKS Show All
Veran, Geo-Ch 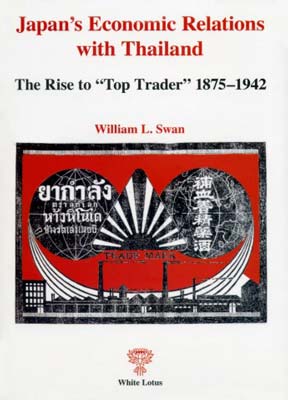 This book traces the course of Japan’s rising trade relations with Thailand that grew in three decades from insignificance before World War I to making Japan the single biggest exporter to Thailand by the mid-1930s. Trade between the two countries grew even more important as Japan’s increasing political and military interest in Thailand and in Southeast Asia as a whole led to growing confrontation with Britain and the United States in 1941. This confrontation brought about a fundamental change in Japan’s trade relations with Southeast Asia, one that turned Thailand into Japan’s leading trading partner in the region. Following the outbreak of the Pacific war, Japan turned its attention to making Thailand a suitable rear base for sustaining its war effort in mainland Southeast Asia, and to formulating new economic policy toward Thailand that would make Japan the paramount player in the Thai economy, and which was intended to incorporate Thailand into Japan’s Greater East Asia Co-Prosperity Sphere.
USD 24.50