Kachins Religion and Customs, The

Save for Later
SIMILAR BOOKS Show All
White, Herbert Thirkell

Civil Servant in Burma, A

Home of an Eastern Clan, The 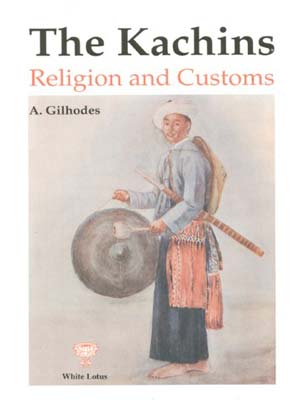 Kachins Religion and Customs, The

This book is a record of the myths and tales of the Kachin peoples of Burma amongst whom the author lived. He discusses his findings with the indigenous specialists in the Kachin religion, the Jaiwa, who are ritual bards or reciters of the myths and tales in question. As a direct result of Edmund Leach’s work, Political Systems of Highland Burma, the Kachin people played a major role in the development of social anthropology. Leach made it clear that we can only comprehend the nature of culture and society in Southeast Asia if we understand that each such society is the outcome of processes of inter-group political and social relations, where the boundary of each such group is set by the existence and organizational character of its neighbors. He showed that Kachin society of the mountains of northernmost Burma had its principle structural limit in the neighboring Shan system of lowland principalities. The Shan are Tai speaking people. Kachin society was shaped by its attempt to live in the neighborhood of Shan society. Such a tribal society could not, for all sorts of reasons having to do with the nature of life in the mountains, readily adopt the Shan political order. When this was tried, either it failed or the Kachin community in question tended to become absorbed by the Shan. Indeed, the very dynamics of traditional Kachin society lie in its tendency to oscillate between a form of organization under powerful chiefs that comes close to the Shan ideal of ruling princes, and a form of organization that was forced to reject the claims of such dominance. Not surprisingly, this sort of cross-cultural awareness tends to constitute much of a people’s sense of their own identity and hence becomes embedded in their basic religious ideas, cosmology, mythology and way of life.   Gilhodes’s book serves as an essential foundation of empirical data for Leach’s now classical monograph, and is the only published example, in any detail, of the kind of cross-cultural awareness that characterizes the upland peoples of Southeast Asia. The documentation of this material is of importance if only because scholars of the region have come to rely so heavily upon Leach’s 1954 book that they have long since lost sight of the rich material lying behind the analytical argument, and of the fact that there is an earlier literature that documents it in considerable detail.