Save for Later
SIMILAR BOOKS Show All
SEACOM

Heritage of Thai Sculpture, the 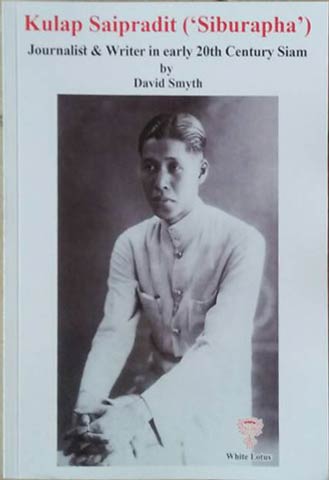 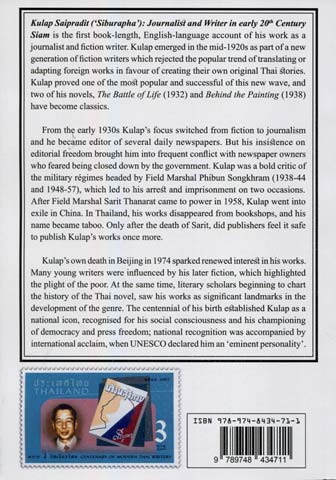 Kulap Saipradit ('Siburapha'): Journalist and Writer in early 20th Century Siam is the first book-length, English-language account of his work as a journalist and fiction writer. Kulap emerged in the mid-1920s as part of a new generation of fiction writers which rejected the popular trend of translating or adapting foreign works in favour of creating their own original Thai stories. Kulap proved one of the most popular and successful of this new wave, and two of his novels, The Battle of Life (1932) and Behind the Painting (1938) have become classics.
From the early 1930s Kulap's focus switched from fiction to journalism and he became editor of several daily newspapers. But his insistence on editorial freedom brought him into frequent conflict with newspaper owners who feared being closed down by the government. Kulap was a bold critic of the military regimes headed by Field Marshal Phibun Songkhram (1938-44 and 1948-57), which led to his arrest and imprisonment on two occasions. After Field Marshal Sarit Thanarat came to power in 1958, Kulap went into exile in China. In Thailand, his works disappeared from bookshops, and his name became taboo. Only after the death of Sarit, did publishers feel it safe to publish Kulap's works once more.
Kulap's own death in Beijing in 1974 sparked renewed interest in his works. Many young writers were influenced by his later fiction, which highlighted the plight of the poor. At the same time, literary scholars beginning to chart the history of the Thai novel, saw his works as significant landmarks in the development of the genre. The centennial of his birth established Kulap as a national icon, recognised for his social consciousness and his championing of democracy and press freedom; national recognition was accompanied by international acclaim, when UNESCO declared him an 'eminent personality'.