Land of the White Elephant:, The

Naga of Burma, the 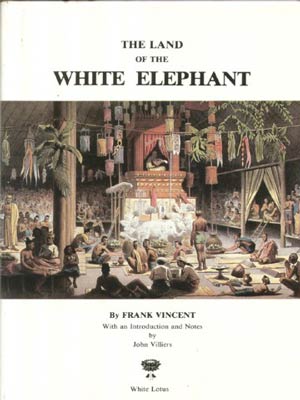 Land of the White Elephant:, The

Sights and Scenes in South-East Asia 1871-1872 (Reprinted from 1873, with a supplement of the 1884 edition)
One of the liveliest and most readable of the many accounts by nineteenth century travelers of the countries of Southeast Asia and their rich and ancient civilizations which were still then largely unknown in the West. The great temples of Angkor, which were the principal objective of Vincent’s travels in Siam and Indochina, had only been rediscovered by Henri Mouhot thirteen years before this book was published. The author was a man of cultivated tastes and catholic interests, an adventurous and observant traveler and an accomplished writer, and these qualities combine to make this account, which was the first of several travel books that Vincent wrote about different parts of the world on four continents, as fresh and spontaneous as it was when first written.