Monks and Magic: An Analysis of Religious Ceremonies in Central Thailand

Save for Later
SIMILAR BOOKS Show All
Anon

Satapattayakram Phra Borom maharachchawang: The Architecture of Thai Royal Palace Then and Now 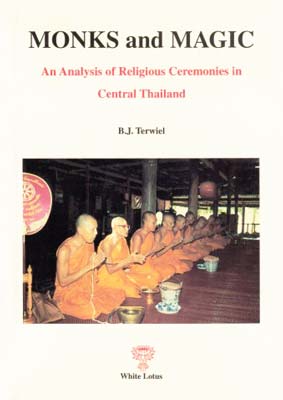 Monks and Magic: An Analysis of Religious Ceremonies in Central Thailand

The book deals with Buddhism as it was practiced in a community in rural Central Thailand. The text is based on anthropological fieldwork during the late 1960s. The scene unfolds with the religious perspective of children and young adults who appear mainly interested in esoteric spells and magical diagrams. Full ritual knowledge is obtained by many men in their twenties when they join the order of monks for at least one Lenten season. The latter parts of the book are devoted to the world view of older people and an analysis of some Buddhist rituals.