Annotated Bibliography on the Mekong 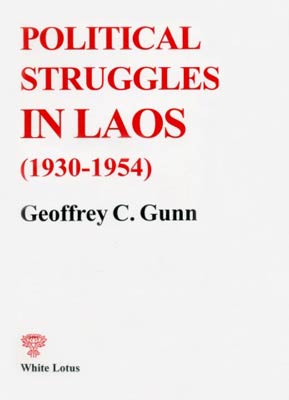 This is the first detailed history of the origins of communism, ethno-nationalism and nationalism in the former French colony. Communism first took root in Laos under Vietnamese auspices in 1930, the year Ho Chi Minh’s Indochinese Communist Party was founded. Anti-French nationalism under the Lao Issara banner subsequently emerged in the shadow of war and was greatly stimulated by the eclipse of French by Japanese power. As the French staged their bloody post-war restoration, the two tendencies in the anti-colonial struggle found common cause. But shunned by the international community in exile in the Thailand of Pridi Phanomyong, the Lao Issara withered. While seeking a guerilla rear-base in Vietnam, the Pathet Lao tendency found willing sponsorship from the Viet Minh in a trans-national relationship. At home the Pathet Lao went from strength to strength drawing upon age-old grievances of the minorities in the highlands. But it was not until the Geneva Conference on Indochina in 1954 that the Pathet Lao gained recognition in the Kingdom of Laos as legitimate actors in the nation’s political processes. In a preliminary chapter the author sketches the country’s pre-colonial and early colonial history while the political, military and diplomatic context surrounding the Pathet Lao triumph in 1975 is outlined in a concluding section.