Save for Later
SIMILAR BOOKS Show All
Yos Santasombat

Lak Chang: A Reconstruction of Tai Identity in Daikong

Women Not to Be Blocked By Canyon. the Lisus 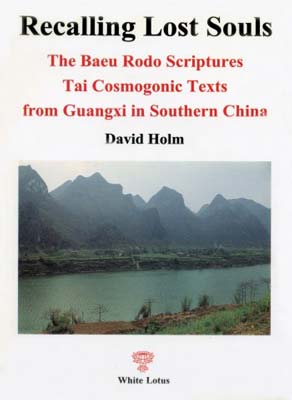 This book explores an indigenous scriptural tradition found among the Zhuang, a Tai-speaking people who inhabit the provinces of Guangxi and Yunnan in southern China, It presents for the first time in English a remarkable collection of ritual texts, recently discovered in the remote highlands of nortwestern Guangxi. Written in the “Old Zhuang script”, these scriptures are cast in an archaic form of five-syllable verse. They recount how the earth and sky were separated at the beginning of the world, how human beings found water and learned to harness it, how fire was tamed, how rice was domesticated, how domestic animals were first created, and how human institutions like sacrifice, mariage, chieftaincy, and writing came into being. Many of the texts in this collection are recited for the recall of lost souls, much like the suu khwan texts of Thailand and Laos. Many parallels will be found here with the myths and legends of Tai peoples elsewhere, and readers with an interest in the religious traditions of the ancient Tai will find much new material highlighting substantial cultural continuities between the Zhuang and the Tai peoples of mainland Southeast Asia. The texts are presented in English and Zhuang, with extensive ethnographic notes. The introduction provides an overview of the Zhuang people, their history, their traditional culture, and their language and script. A companion CD-ROM provides additional material for specialists and students, including sound recordings of recitations, transcriptions and interlinear word glosses, photographs of the manuscript pages, and a complete glossary and concordance.
USD 35.50