Save for Later
SIMILAR BOOKS Show All
Kovel, Joel

Enemy of Nature: The End of Capitalism or the End of the World?, The

Liberal Democracy and its Critics in Africa 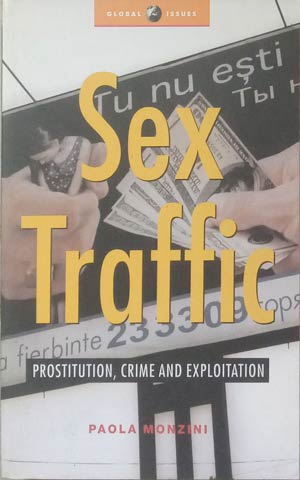 â€œThis absorbing, thoughtful and elegantly written book gives readers a major insightâ€”both empathetic and analyticalâ€”into the demand, supply and contextual mechanisms that underlie the traffic in women and other forms of living off prostitution that have spread along with it.â€ Michael Levi, Professor of Criminology, Cardiff University â€œCritically addressing gender relationships, Paola Monzini gives a poignant account of the linkage between sexual exploitation, prostitution and human trafficking. Violence and gender is an old problem to which she responds with a new awareness. Placing the emphasis on the pull factors and exploitation structures in the destination countries, she invariably takes the reader back to the root causes, among which patriarchal structures, the myth of male superiority and the mind-sets of men as well as the prevailing market mechanisms provide fuel for discrimination on the basis of sex and race.â€ Helga Konrad, OSCE Special Representative on Combating Trafficking in Human Beings