Save for Later
SIMILAR BOOKS Show All
Roy, S. B.

Bio-Social Change Among the Karens of Andaman Island

Note on the Position of Rhinoceros in Burma, A

India and Burma: A General Handbook for Visitors to India 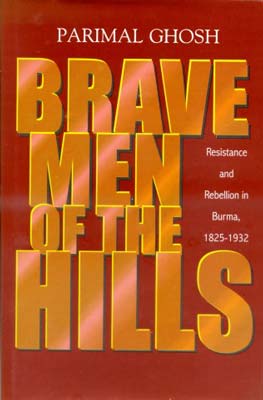 â€œAn important piece of research. The author has made a significantly new contribution to our understanding of the Burmese popular response to the imposition of British colonial administrative and economic systems between 1825 and 1932. [...] The book will be of interest to all historians of Southeast Asia and of peasant revolts. â€ (Professor R.H. Taylor, author of The State in Burma) Burma was conquered by Britain in the course of three wars fought in 1825, 1852 and 1885, and colonial rule was to last till 1948, when Burma regained its lost independence. Throughout this period there were several armed uprisings against foreign rule and its social and economic ramifications. In his book Parimal Ghosh explores how peasant militancy was first generated and then crystallised into an open challenge to the colonial state. He focuses on two types of uprisings: the nineteenth-century resistance which followed the three wars of conquest, and Saya Sanâ€™s revolt of 1930-3. Rather than seeing such Burmese responses as being the symptom of a colonial â€œpacificationâ€ process, he argues that they were organic expressions of a momentum of resistance originating among a grassroots peasant base.