Save for Later
SIMILAR BOOKS Show All
Altsean Burma

Cotton Exports from Upper Burma in the Late Nineteenth Century

Burman in the Back Row 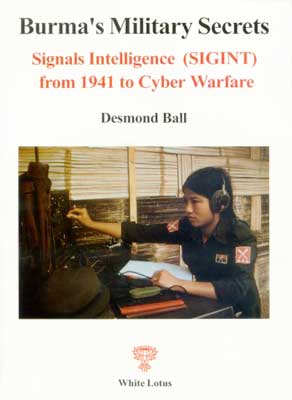 This first book on signals warfare provides a unique view into all of the important military and political developments in Burma over the past half century based on the most secret and authoritative intelligence sources, i.e., signals intelligence (SIGINT) which involves radio interception, telecommunications surveillance, crypt analysis or code-breaking, and analysis of supposedly confidential signals. This book is filled with fascinating and explosive revelations about many important issues, such as:
USD 27.50