Khmer Heritage in the Old Siamese Provinces of Cambodia

Save for Later
SIMILAR BOOKS Show All
Sotheby's

Trek It Yourself in Northern Thailand

Kambuja-Desa or an Ancient Hindu Colony in Cambodia 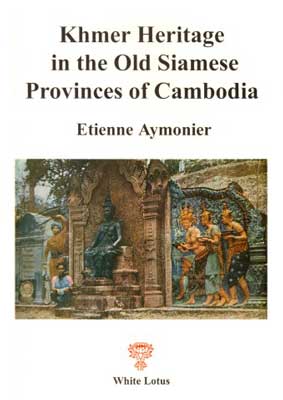 Khmer Heritage in the Old Siamese Provinces of Cambodia

With Special Emphasis on Temples, Inscriptions and Etymology (First English translation from 1901)
This book contains information on all the Khmer edifices in the present-day Cambodian provinces that were formerly under Siamese control. They comprise Melou Prey, Sisophon, Battambang and Siem Reap. The record emphasizes the Khmer inheritance in the fields of archeology, inscriptions and etymology of place names. Numerous descriptions and floor plans of temples and temple ruins are included. The author deals extensively with the significance and provenance of various texts found on these edifices. If not a tourist guide in the traditional sense, this book, as an exhaustive and detailed record of Khmer edifices, many of which are in much a poorer, or even plundered state today, is intrinsically a call for urgent action to save what still remains.