Mandalay and Other Cities of the Past in Burma

Save for Later
SIMILAR BOOKS Show All
Howard, Michael C.

Textiles of the Highland Peoples of Burma Vol. I: The Naga, Chin, Jingpho, and Other Baric-speaking Groups 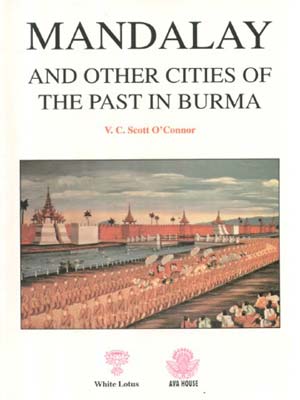 Mandalay and Other Cities of the Past in Burma

First published in 1907, this book is still an important source of information for all who are curious about this fascinating country that has only recently begun the process of change. V.C. Scott O’Connor served in Burma at the turn of the century as a British colonial officer. His extensive travels took him to numerous cities, all of which had had a great influence on Burmese history, art and culture. From his experiences, the author recreates Burmese history through that of important early cities. Mandalay, for which he had a special affection, Sagaing, Ava, Amarapura, Pagan, Pegu, Prome, Thare-kettaya (Sri-kshetra), Mergui, Tagoung, and the monastery complex at Po-u-daung. The work includes 243 illustrations, mostly photographs, reproductions of paintings by the traditionalist Burmese painter, Saya Chone, and maps and diagrams.