Save for Later
SIMILAR BOOKS Show All
Raquez, Alfred

Pictorial Journey on the Old Mekong, A

Lao Cooking and the Essence of Life 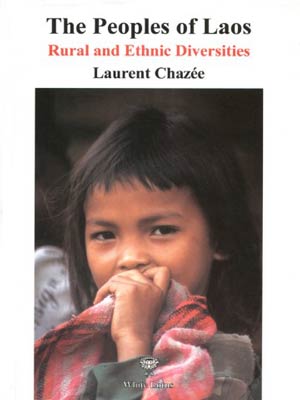 This book is the first comprehensive study conducted in Laos combining research on ethnic culture and indigenous values and the present socio-economic development. The 132 identified ethnic groups and sub-groups belong to the four linguistic families represented in Laos: Tai, Austroasiatic, Miao-Yao, and Sino-Tibetan. For each linguistic family, a detailed case study shows the ethno-linguistic specificity, as well as the institutional and socio-economic complexity. 132 maps give the geographic distribution of each group in Laos, while a large folded map shows the national linguistic and ethnic distribution pattern. For 56 ethnic groups and sub-groups, pictures cover people, habitat, agro-ecosystems, production systems and ethnic-related activities and handicrafts. This publication describes the peoples’ diversity in the rural areas of Laos during the period 1992-1999. Specifically, the research, based on inter-disciplinary and participatory approaches—historical, ethno-linguistic, institutional, religious and natural resource management diversities of the rural communities—was conducted for a better understanding of the values and organizations of the rural communities. This work contributes to a better knowledge of the indigenous values and systems of the ethnic groups, who are, or should be, the key partners and decision-makers in conceiving and implementing socio-economic development programs.