Theravadins, Colonialists and Commissars in Laos

Save for Later
SIMILAR BOOKS Show All
Sahai, Sachchidanand

Travels on the Mekong: Cambodia, Laos and Yunnan 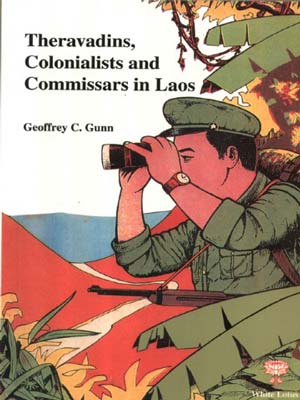 Theravadins, Colonialists and Commissars in Laos

This overview ranges across the history, sociology, politics and economy of this small landlocked kingdom turned People’s Republic. Theravadins stand for the majority Lao Loum Buddhist population. Commissars stand for the soldierbureaucrats who struggled to rebuild Laos in a communist mould. Colonialists stand as a metaphor for the French, and their American successors, who supported the kingdom in the long civil war against Cold War adversaries. Once a synonym for war and revolution, Laos today is a nation struggling to take its place in the prosperity of the ASEAN economies. However, the question of how the communist Pathet Lao movement triumphed against all adversity, remains unanswered. After the victory, the question arises of how successful the first generations of communist rulers have been in managing this country, even by their own standards? This book weaves together a number of threads in the endeavor to answer these and other questions. The book is divided in five parts: Facts and Theory; Anti-Colonial Stirrings; Civil War; Men who Make History; State, Nation and Army, and Problems of Development. An overview of recent research and suggestions for the way forward concludes the book. While the book forms a unity, the essays stand alone and may be read as parallel histories in their own right.