Role of Foreign Financial Assistance to Thailand in the 1980s, The 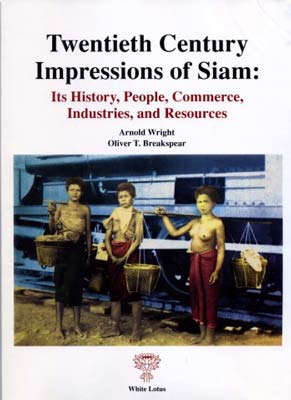 Its History, People, Commerce, Industries, and Resources
This was initially published, during the first decade of this century, as one of a series of books on SouthEast Asia. Original copies of the book are now extremely rare. The value of this reprint lies in the pictures, being lavishly illustrated with scenes of the country and its people. Another valuable aspect of the book is the record it provides of the names and photographs of several individuals-both Siamese and foreign-who played a part in the development and advancement of Siam during the long and illustrious reign of HM King Chulalongkorn (Rama V) from 1868 to 1910. In addition, government officials, foreign advisors, traders and houses are depicted: import, export, shipping, rice mills, teak industry, mines, engineering, many of which stile exist. Many of the photographs, such as those of foreign diplomats and advisors, are not published elsewhere. The author rightfully claimed that the book offers “a pictorial representation of Siam upon a scale which has never been attempted before”.