Save for Later
SIMILAR BOOKS Show All
University of Celif

Art of Champa, the 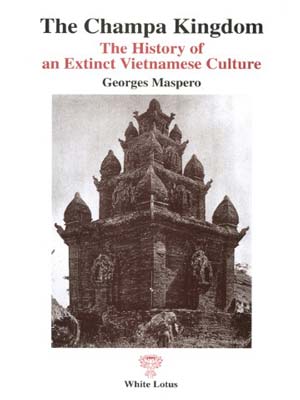 The History of an Extinct Vietnamese Culture

This is the first English translation of Georges Maspero’s seminal history of Champa, a kingdom located on the coast of Vietnam. Written at the beginning of the last century, the book went through several editions and revisions based on expert comment. The text presented here in its first English translation is the second revised edition of 1928. Mostly based on Chinese and Viet sources, the book traces the history of Champa from its origins to its final decline. The Cham people, a fierce, often ruthless warrior population living on the South China Sea coasts were subjected both to the Chinese court and, at various periods, to the Viet people advancing south. The Cham often made the coasts unsafe for traders—Chinese, Malay, Indian, and Portuguese alike—and hence fomented innumerable military campaigns against them. The Viet coming from the north pushed them further into the northern and eventually the southern parts of present-day Vietnam. In the end, the Cham fled partly to Cambodia and partly into the peninsula’s inhospitable hills where they live today as a pitiful remnant of a once great nation.
USD 27.50