Save for Later
SIMILAR BOOKS Show All
Ande, Diethard

Travels in Upper Laos and on the Borders, Pavie 5 of Yunnan and Burma 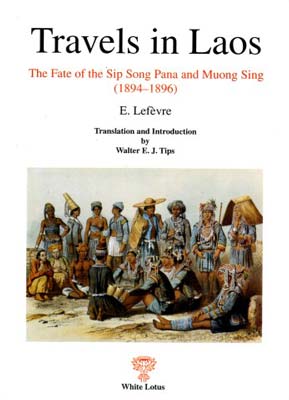 Written by a member of the famous Pavie Mission, this book describes a dramatic episode in the tale of French conquests in Indochina. The rivalry of British imperialism and French colonial activists, mostly operating from their Indochinese base in Saigon, reached its culmination when the Asian possessions of the superpowers met in Upper Laos. Several small states that had been able to preserve their relative independence by paying tribute to virtually all regional powers, were finally caught up in the endgame of colonial expansion. France was to be the victor this time and formerly neutral states such as Muong Sing, the Hua Pan Tang Ha Tang Hoc, the Sip Song Chu Tai and the Sip Song Pana, with their semi-independent rulers, were to disappear to become present-day Laos and part of Vietnam. The story unfolds amidst the wild landscapes and fertile valleys of Upper Laos where, for centuries, different peoples, all with their particular customs, dress and languages, had fought each other for control of the land and the trade routes. The mission and Dr Lefèvre spared no effort to travel the country back and forth until, finally, a Franco-British agreement settled the border and also the fate of the peoples. Accompanying maps of the itineraries can be found in the Atlas of the Pavie Mission.