Politics of (no) Elections in Thailand: Lessons from the 2011 General Election, the

Save for Later
SIMILAR BOOKS Show All
Smith, Ronald Bishop

Report of Investigation No. 2 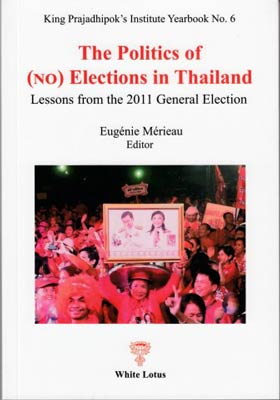 Politics of (no) Elections in Thailand: Lessons from the 2011 General Election, the

The book was borne out of the idea that the 2011 election represents a paradigm shift in the history of Thai electoral politics. Data collected by King Prajadhipok’s Institute before and after the 2011 election, mostly through face-to-face interviews, came to substantiate this claim. The data paints a picture of a well-informed and mature Thai electorate in all parts of the kingdom. Contrary to the conclusions drawn by some earlier research, the data here shows that the most knowledgeable and most informed of all voters in Thailand are northeastern people, outperforming voters in Bangkok in their knowledge of the candidates and the issues by a signifi cant margin. In other words, the scholars in this book argue against the traditional anti-election discourse, which assumes alleged ignorance on the part of Thai voters (especially in the Northeast) and compares provincial members of Parliament to wild animals. Yet such discourse is still vivid today. It even provided the rationale for the blocking of the 2014 general election under the motto “Reform before Elections”—and then paved the way for the May 22 military coup. The 2011 general election represents the apex of the Thai democratization process so far. As a signal of possible democratic consolidation, it prompted a renewal of authoritarianism in the form of a return of the military to the political stage, which is likely to have long-lasting eff ects on the overall process of democratization in
Thailand.